Sunday, Wilford Bowmen hosted the first of 4 County Selection shoots.  As the archers set out on their long ardous trips to York, Hereford and Bristols, when Hurricane Wilford hit the city, stopping archers in their tracks.  The shoot was abandoned after 2 1/2 dozen due to tents flying away, scopes falling over and bows falling off stands.  A lot of bad hair-days were spotted arriving in the hurricane.

The county would like to thank WIlford Bowmen for hosting the event, and helping to setup and packup the tournament in record time.

Sunday saw the start of the 2011 Nottinghamshire County League shoots at Sherwood Archers.  There was a good turnout with 23 targets.  The weather held out all day, with a couple of spots of rain just before lunch.  Our thanks go out to Sue Stankovic and the team at Sherwood Archers for hosting the day, which ran like clockwork.

The next league shoot is on Sunday 12th June at Sherwood Archers.  If you did not shoot this league shoot, you can still shoot the next two.  As an adult, you will shoot at 60/50/40 yards for the full round, but if you cannot get to 60, shorter rounds are available.  If you have not shot a tournament before, it does not matter, people around you will help you – I shot with  a gentleman longbow who had only finished his beginners course a couple of weeks ago and had only shot at 60 yards the day before.  He had a good day, enjoyed himself and is looking forward to the next league shoot.

For more information, see your club secretary who will manage your clubs entries.  The entry fee is £3. 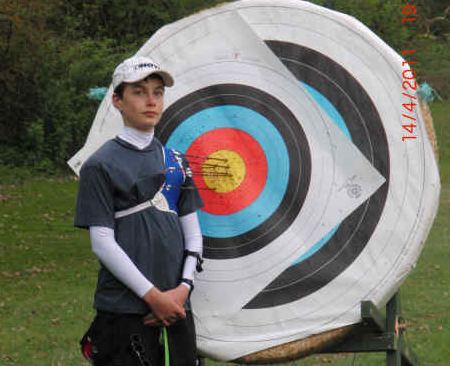 On the weekend of 23/24th April local Welbeck Archer Robert Gray took part in the first leg of the selection shoot for the world junior championships in Poland. END_OF_DOCUMENT_TOKEN_TO_BE_REPLACED

Congratulations to Les Smeeton of Bingham Leisure Centre Archery Club on being awarded the HartwelL Trophy at the GNAS AGM at the weekend.  Les was nominated by Nottinghamshire and EMAS in recognition for his work with the English Archery Federation (EAF) Commonweath Games Squad 2010.  Les was heavily involved with the setup, training and selection of the compound team.

It was a cool overcast day, with a slight wind but remained dry all day.    The shoot was attended by 4 out of the 5 EMAS counties – Nottinghamshire, Lincolnshire, Northamptonshire and Derbyshire.  Each team consisted of 9 archers, 3 Longbow, 3 Recurve and 3 Barebow archers, with the top 2 scores from each disclipline counting.  The competition was very strong with Nottinghamshire coming 3rd in Longbow and 4th in both Recurve and Barebow.  Compounds were not part of the tournament this year, however EMAS are hopefull to include them in 2012.

Club Tournament organisers, if you have the space to run a clout, then lets start to get some clout tournaments going so that we can build a strong team for the future. 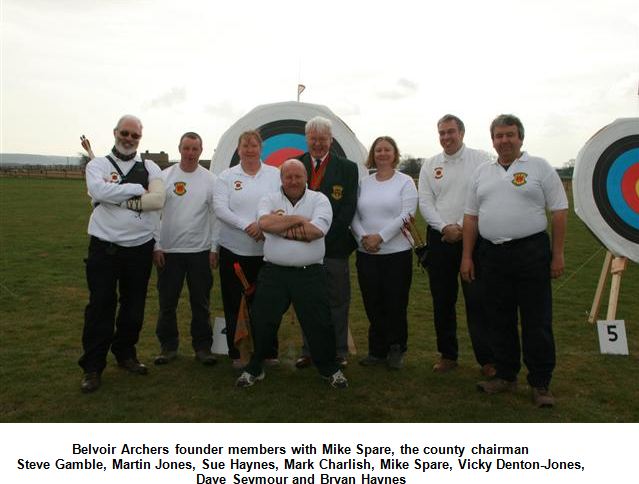 Today, with the assistance of Mike Spare, the County Chairman, Nottinghamshire welcomes a new club to the county – Belvoir Archers.  Belvoir Archers have their own ground at Barnstone, a small village in the south of the county.  First arrows were announced by the whistle of the County Chairman, which was followed by a Founder Members Shoot – a closed club handicap National Round which was won by Sue Haynes who shot a very respectable 493.  More information on the club can be found on www.belvoirarchers.co.uk

Congratulations also go to Hollie Smith of Sherwood Archers on coming third in the Junior Ladies Under 12 compound at The 39th Junior Nation Indoor Championships on 4th December in Telford with 60 hits, 515 scored and 6 golds. 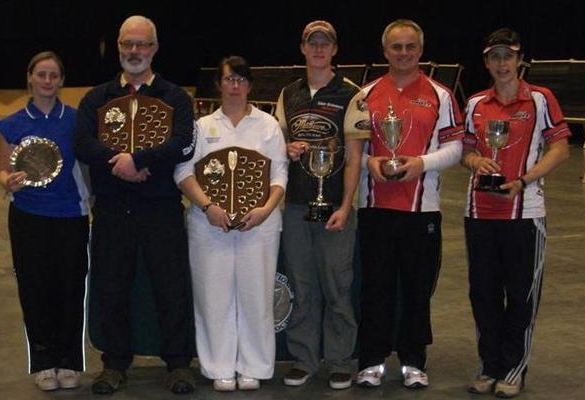 Congratulations to Steve Gamble of Bingham LCAC on becoming the 2010-2011 Gentlemen Longbow NATIONAL Champion on Sunday 5th December in Telford.

Steve beat Richard Powell in a head to head.