Well, July is upon us, I hope everyone is still fit and well?

After Archery GB issued their return to archery phase 1 document dated 13th May, Bulwell Foresters, Burton Joyce, Greasley Castle Archers, Sherwood Archers, then Wilford Bowmen opened, with Belvoir Archers, Keyworth Archers, Newark Castle Archers and Welbeck Archers to follow this week. Well done and thank you for your hard work in getting your members safely back behind the string. END_OF_DOCUMENT_TOKEN_TO_BE_REPLACED

At last I can put out some good news.

Very late Thursday 13th May 2020 AGB in conjunction with Sport England and the Department of Digital culture Media and Sport {DCMS) issued a rather lengthy document titled.

RETURNING TO ARCHERY Phase 1 (I do insist you read it if you are thinking of opening).

It includes guidelines and risk assessments to get clubs back shooting safely and with social distancing. Having read the complete document and trying to see how it fits into my own club facilities, I can see a few snags for a lot of clubs.

It is good to know that at least it should be feasible for some clubs to open up again after some 10 weeks shut down.

Having said that, clubs are under no pressure from AGB, Region or even Notts county to open their doors. I have seen a few clubs on Face Book coming to the conclusion that they could not or think it’s a bit early. This I fully understand.

I can only say to those that can return to archery in a safe and orderly manor, good shooting and for God sake stay safe.

Archery GB is pleased to launch a series of webinars for club volunteers, aimed at supporting the archery community during the current lockdown.

The Archery GB webinar series has been put together following feedback from the club support survey, which saw well over 300 replies. We hope to provide relevant information during the Covid-19 crisis, ready for when we hopefully exit the lockdown. We are working in collaboration with Sport England’s Clubmatters team to deliver some of the webinars as indicated by * below. These may not be recorded but additional opportunities may be offered if popular.

Yesterday (28th April) Archery GB held the 2020 awards ceremony for OnTarget clubs online for the first time, due to the Covid-19 lockdown.

Wilford Bowmen were nominated in the Young People Club of the year category and were announced as the winners.  END_OF_DOCUMENT_TOKEN_TO_BE_REPLACED 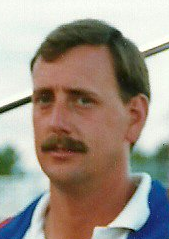 Welcome to May, one month into the outdoor shooting season and not an arrow shot in anger. I am finding it difficult to find anything positive to say, it is difficult to gauge the atmosphere at the moment. So that I do not become to repetitive the next edition will be on the first of July, this coincides with the end of WA & AGB lockdown. Hopefully will have something to report then with regard to club shooting with distancing in mine. Although if anything drastically changes, we will be on it.

I would like again to send the counties gratitude to all NHS staff and key workers, especially those within our county. It must be hard for you and your families at this time, but it is much appreciated. Although most of us are locked up, it is easy compared to what you are doing. Like many of our county archers, I too have close family members working in the NHS and Fire brigade and one has been affected by this virus, thankfully they recovered.

As in my last “news from the chair”, I hope all club committees are keeping in touch with their members and keeping archery on everyones minds, it should keep the insanity at bay. Again, if there are any problems please contact me or Mike Thomason. We cannot promise a fix but maybe we could be of help.

So far, we have missed three tournaments in the county due to cancellation. Belvoir WA720, Bingham Western and Greasley League /Oregon. I was looking forward to shooting nearly all the counties tournaments this year, although I did imagine I shot them in my head, weather was excellent, bacon butties were cheap and my score, well what can I say, phenomenal. I can not see tournaments being allowed until a vaccine is available as it would be a mini mass gathering. I would propose that, if club shooting is allowed to resume an ontarget approach may be one way of having an inter club competition in the county (I just thought of that), to finish the season off.

A video conference was held between AGB and all regions, including Northern Ireland and Scotland, the minutes of which have been put on the Nottinghamshire Archery web site for your perusal. The high lights that concern Nottinghamshire are.

Both the region and the county have agreed that affiliation fees due at the beginning of October will be wavered for the 20/21 season for all existing members. It is only a little, but every bit helps.

Plans are already underway for next years shooting season with the Cancelled record status shoots being rescheduled with AGB and the calendar starting to fill up. Of course, if it is possible to start the competition season again, I hope that clubs will fire up their competitions for the brave souls. If not, then maybe some impromptu turn up, pay and shoot tournaments. I have a feeling that a lot of the older club members might give it a miss.

I would like to congratulate Wilford Bowmen Juniors who are winners of the Archery GB’s Ontarget Young Peoples Award 2020. Well done all involved, I suspect mostly due to Steve and Charlotte Attwood.

Finally, I would ask all Archers of Nottingham Archery Society to stick with us and their sport during this time, it will come to an end. We will be back on that shooting line, laughing and taking the micky out of our dear friends. Hope to see you all soon.

Due to the COVID-19 virus, the following county shoots have been postponed this year

in the mean time, make sure you

STAY AT HOME
SAVE OUR NHS
STAY SAFE

Who would have believed a month ago what was going to happen! I did not become chairman to shut down the outdoor shooting season, probably for the first time in the Nottingham societies history. What a way to be remembered. END_OF_DOCUMENT_TOKEN_TO_BE_REPLACED

Well, what a year this one is going to be. Sadly, not in a good way.

As you know AGB have told us to cancel all grass roots archery for the foreseeable future.

September/October onward competitions may possibly still run.  The decision to run a competition or not is a club decision;  acting within AGB guidance.  Covid 19 and other circumstances will dictate the club’s decisions. END_OF_DOCUMENT_TOKEN_TO_BE_REPLACED