Having attended the county AGM Monday 18th November, I found myself voted in as the new Chairman of Nottinghamshire archery society, so; I would like to introduce myself.

I am Bernard Dicks (Bernie) of Greasley Castle Archers, many of you already know me from tournament shooting in the county but only a few know my history in Archery.

I came from Surrey approximately 20 years ago and been in archery for 47 years. starting in barebow field archery (EFAA) as a junior achieving national level. Changing to GNAS in early adulthood as a compound shooter when the style was introduced into this country, becoming a Great Britain national team member in the 1990’s. My greatest achievements so far;

A family man with 4 children and 9 grandchildren with another due early next year, At the age of 60, I thought it was time to put something back into the sport I love so much, although those that know me might say different, (can be a little moody when not shooting so well) but It’s all show.

If you have any questions, I am approachable but do take my shooting seriously. Looking forward to seeing everyone in tournaments during the next year. It would be great to see representatives from all Notts clubs at the next county meeting in January, where the committee can work on your behalves. 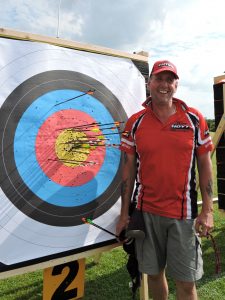 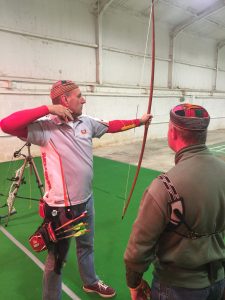 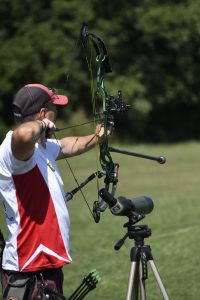