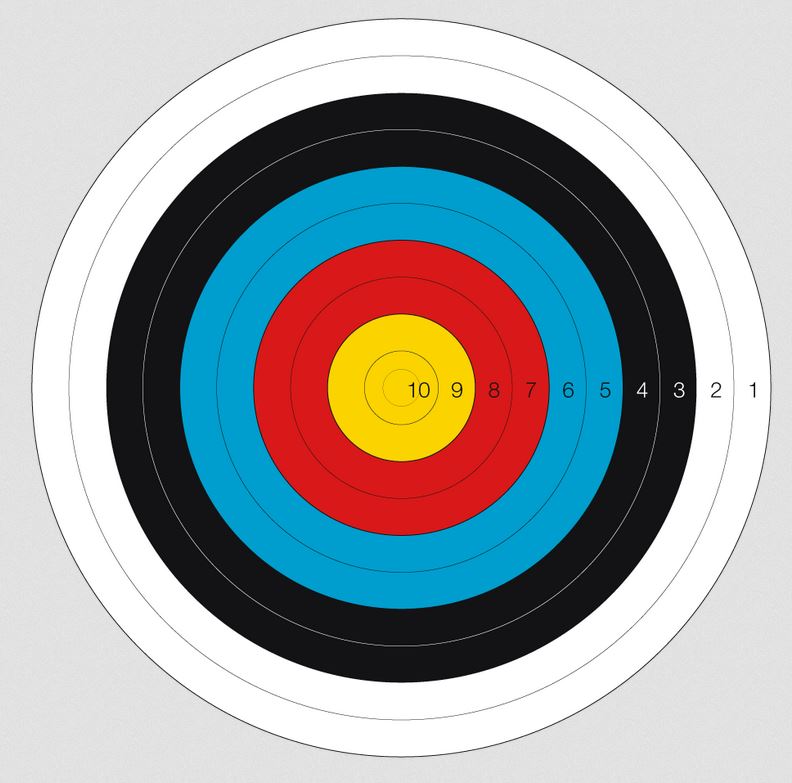 RULES OF SHOOTING IN THE LEAGUE 2017-18
1 30 arrows to be shot in ends of three + 6 sighters at 20 yards
2 A 60 cm face, 10 zone scoring 10,9,8,7,6,5,4,3,2 and1
3 All junior members affiliated through the club are eligible to compete,
If a score from an archer not affiliated to the club is submitted it will be removed
from the result sheet and no substitution be allowed
In the case of a Direct Member of GNAS they must inform the League Secretary in writing, by
the 1st September each year, which club they will be nominating to shoot for on their GNAS
form as from October 1st of that year
4 To be eligible for a team, archers must be under the age of 18 as at 1st October (the start of the
league campaign). This allows archers to compete throughout all match fixtures within this
year’s league, regardless if they turn 18 during October to March.
5 The highest score obtained at any time within the month will be eligible to be submitted for the
team.
6 The three highest Recurve scores to count for the Recurve team. The two highest Compound
scores to count for the Compound team.
7 If a club enters more than one team the highest scores will count for the “A” team in the first
instance, then the next highest scores will count for the “B” team, and so on.
8 An archer can compete in both the Recurve and the Compound Teams.
9 Archers are only allowed to take the first 30 arrows scored within a Portsmouth Round as long
as the 6 sighters have been adhered to.
10 All matches must be completed by the last day of the month, and sent to the League Organiser
via email paul.ramos@chelseafc.com by the third day of the following month, or risk forfeit of
the match shoot.
11 The winning team with a greater cumulative score than their opponent will be awarded 2
points, if the scores are level there will be a count back on 10’s. If the scores are still tied after a
count back then each team will be awarded 1 point each.
12 Compound archers will use the inner 10 ring.
13 Conditions of shooting shall be covered by the GNAS Rules of shooting at all times
14 Any teams that has a BYE, should still shoot and submit scores in the normal way.
15 If a club has submitted more than one team, then promotion and relegation will be restricted to
avoid any more than 1 team from each club competing in the same Division.
16 Entry to the league is on the understanding