Welcome to the July issue of news and views, I hope everyone is having a good year so far and the shooting is going well.

As it’s only a week before the Notts county championships 10th July 2022, can I remind all archers that if shoots are not supported, they will probably disappear from the calendar, I predicted a rush to tournaments in April, how could I have been so wrong. Attendance has been very mediocre to say the least with only the usual suspects entering. Come on people, get out there, we are waiting for you. The county organised tournaments have gone ahead even with reduced numbers. My view, archers are still a little wary with regards to covid-19. We have many new archers within the county but are not yet ready to throw themselves into the affray.

It is nice to see the number of candidate judges climbing within the region and especially this county, hopefully we will not have to draw in judges from outside the region. The better grade of judges within the region, the higher ranked tournaments can be held. Who knows, maybe even a WA720 H2H eventually. The county with its clubs is committed to organising tournaments of varying levels. Therefore, for those that are a little intimidated by the so-called elite archers, there are shoots specifically organised for you, with a mixture of metric and imperial rounds.

Thanks to Welbeck Archers for offering to piggyback the EMAS championships to their WA1440 shoot on the 17thJuly 2022, so if you fancy a pop at the region’s top archers, this is the one for you. Get in quick as Welbeck has limited space on their new ground.

I had a little dabble at judging a run archery event held by Newark Castle Archers in conjunction with AGB as a tester. AGB are interested in promoting this discipline and will probably hold another in one of the southern regions. The day went well and I’m glad to say the judges do not need to run, (phew, that was close).

The new committee members have settled in well and the committee is up and running as normal, next meeting is Monday 11thJuly 2022, come along, all are welcome. Contact Mike Thomason County secretary for the zoom link if you wish to attend.

Crossbow has now been welcomed into the Notts league tournaments, it was nice to see Sue and Bryan Haynes at the Greasley Castle Archers shoot although I feel reception was a little cool. I hope everyone can now see that they are not the deadly all-powerful machines that certain television programs make them out to be. If you caught the latest series (Sherwood) recently, I could remember walking my dog in those very woods while they were looking for the guy and it was strange hearing my local towns and villages being mentioned so often on TV. Although I do know somebody who lived in Newstead at the time and tells me the story was severely altered.

That’s to much jabber, hope to see many of you next week at Greasley for the county championships, until then.
Bernie Dicks
County Chairman

After many meetings there are some changes to the Junior County Team.

For this year the County Junior team will be made up of:

The main County Team Match is The Sydney Bond this year at Greasley Castle  on September 11th.

To be selected you must shoot 2 Record Status 12 dozen rounds.

This can include one Metric 720.

You must shoot the round for your age group or higher.

If you shoot a score outside of the county please let Charlotte Attwood know at the email below, please give where you shot it, the date and the score.

Scores must be in before 15th August.

Here are some County Shoots in July available for Selection scores:
If you have any queries please email me at tensing.attwood@gmail.com.
Charlotte Attwood
Notts Junior Team Manager.

The document in the link below has the affiliation fees for AGB, EMAS and Notts archery associations.

The Results of the 2 & 3 shoot at Belvoir Archers last weekend is available via the link below.

This year there are a selection of Warwick rounds

Please click below for a copy of the Draft Minutes:

Firstly, sorry for missing the January issue, very remiss of me.

There are many rule changes that have come into effect this year from World Archery and AGB, so it would be advisable to familiarise yourselves on these before heading out to the tournament circuit. There are also more to follow in October.

Congratulations to all the Notts online frostbite league winners over the winter, the intention is to run it again this winter with some changes to the result reporting. I would like to encourage more people to take part so I can see different names on the results.

I would recommend that the Notts county tournaments are entered promptly this year, archers are eager to get out shooting as I saw at Kettering at last weekends Double clout shoot, they had upto 24 archers on each Target clout.

At the NAS committee meeting 11th April 2022, a vote was taken to allow the AGB crossbow style into the 3 Notts County league shoot, this also includes the Oregon challenge with the USA. Firstly, I would like to thank everyone at the meeting, (there were quite a few more than normal), for the civility shown, I know it is a very emotive subject. This bow style will be shooting on there own bosses as they have a different size face for the American round. I must point out that AGB are driving for more inclusivity throughout the sport of archery, and it is a sport, a friendly one at that.

On the 30th of April, Newark Castle Archers are organising a run archery event, (yes you read that correctly) in conjunction with AGB, myself and Mario will be there judging the archery part of the even. So, if you like running and shooting, why not try it, you can enter on sport 80. For those that have entered, it is a trial event, but I would recommend a swat on the bow rules before attending.

A pop-up field shoot was organised by Mario in a small, wooded area near Southwell last Sunday with about 25 people in attendance. I think everyone enjoyed themselves and some could not hang up their competitive side. Even us judges had a great day, the weather was sunny and warm for a change. Twice around 12 targets. Half paper faces the other half 3D animals. I could hear the laughter around the course with the occasional, “You shot him in the ????”. I am looking forward to the next one, time and equipment permitting.

Well done to all of those who braved the elements to take part in the 2021-2022 frostbite challenge!
Congratulations to Dave Bell, Barebow, City & Sherwood AC for most improved over the season!
The frostbite competition will be back for 2022-2023 but with a slightly different format including full rolling monthly results.
Goodluck to all in the outdoor season and hope to see you on the shootline shortly!
Lizzie VC of NAS

Please check below for full results

Congratulations to the winners of the March Frostbite Challenge 2021/22. Certificates will be on their way shortly via your club secretaries.

Click on the following link for rules and entry : 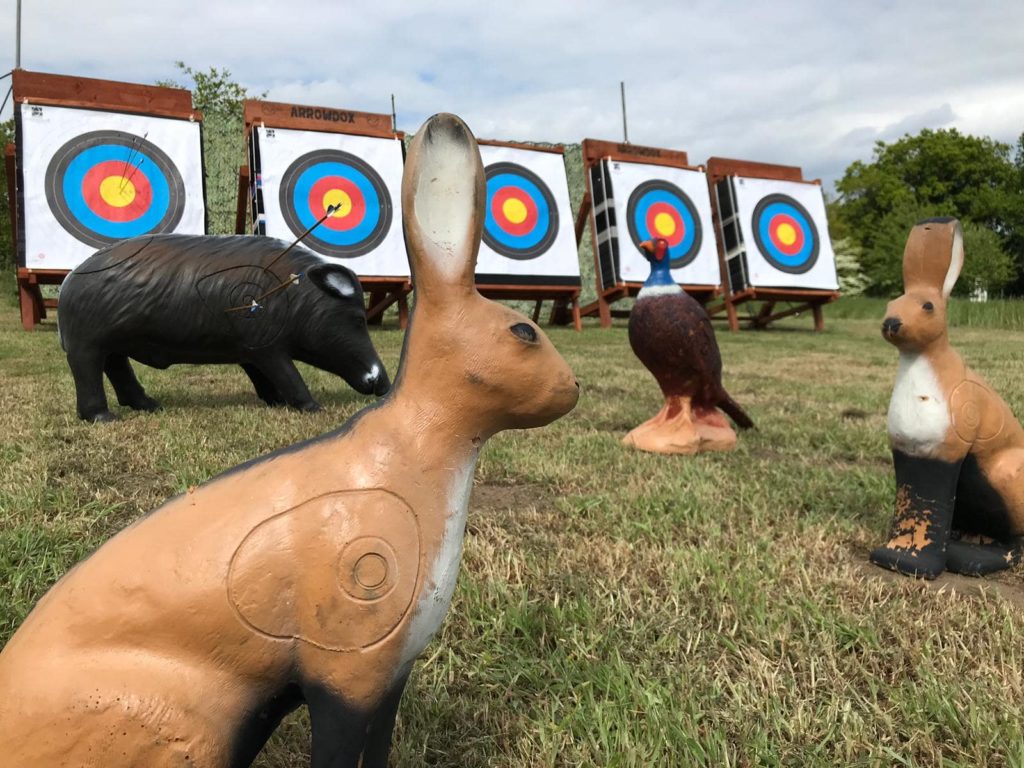 Sherwood Archers are planning to host an informal taster shoot for field archery, there will be a nominal charge of £10.00 per person to attend in order to cover their costs, and numbers will be limited to 52 archers on a first come first served basis.

The venue for the shoot will be at a field on Fiskerton Road, Southwell and not at their own field.  This is not intended to be a competition so there will be no medals or awards it is purely intended to be a pleasant day out to try a different form of archery.  If you would like to shoot, then please find it on the tournament diary, fill in the form and get it to Susan ASAP.